How a chef in Cádiz is changing our relationship with seafood

Growing up by the sea close to Cádiz, Angel León González often went fishing with his father. He had an intense fascination with everything they caught and thought nothing of carefully examining the fish, inhaling their salty smell and cutting them up to look at the contents of their stomachs to find out what they had just eaten. This insatiable curiosity and passion for the sea has stayed with him and today can be seen in both his visionary Michelin-starred cooking and in his marine environmentalism. Combined these make him a gastronomic force for change.

Let’s start with his cooking. Angel León González believes that cooking should be about being local – about using the ingredients your local environment serves you. That’s why he started his restaurant  in his home town in the marshlands of the Natural Park Bahía de Cádiz, in southern Spain, using local ingredients from the sea.

“When I started Aponiente 12 years ago, my goal was to open a restaurant that served everything that has no value in the sea,” he said in an interview with the Guardian newspaper last year. “The first years were awful because nobody understood why I was serving customers produce that nobody wanted.”

The Chef of the Sea

As time went on, Aponiente started to gain recognition. Diners began to come from near and far to experience menus that challenge, surprise and delight. From moray eel designed to resemble crispy pork, to fettucine pasta made from boiled hake, this restaurant has transformed the way diners view seafood restaurants.

As his reputation for pioneering seafood gastronomy spread, so did the acclaim. In 2010 the restaurant won its first his Michelin star and in the following years praise for the visionary way he treats the sea kept on coming. In 2017, Aponiente won its third Michelin star and in 2020 the trailblazing restaurant was recognized by the prestigious Michelin Guide as the most sustainable restaurant, with Chef Angel León singled out for his extraordinary contribution to sustainability in the field of gastronomy. 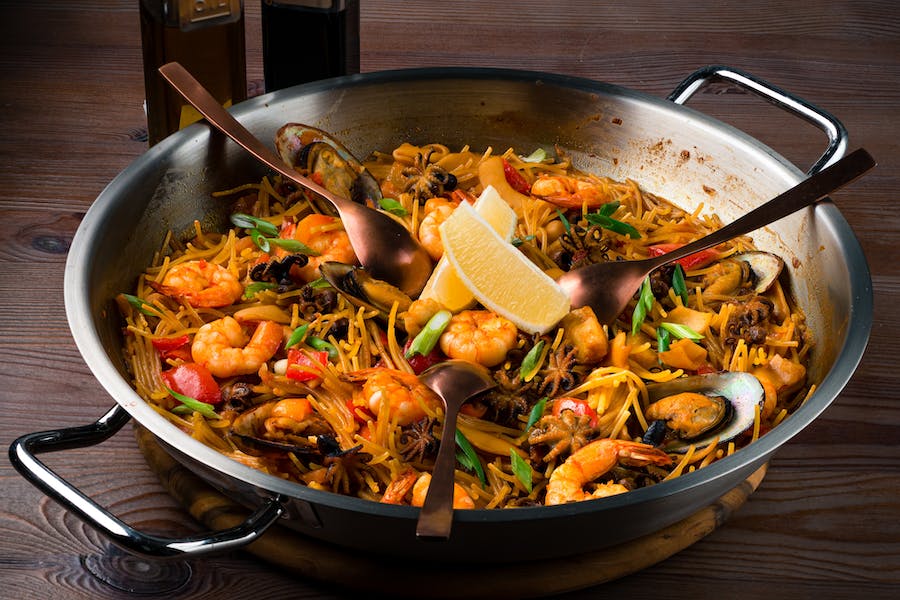 This award recognizes the innovative research work Angel León González has carried out in coastal marshy wetlands around the restaurant, which is set in an old tide mill. This unique landscape teems with over 300 species of bird, animal and plant life – a rich biodiversity that has given Gonzalez and his team a daily source of inspiration for new projects and a desire to redefine the way we eat.

For example, in 2009 they started looking at local microalgae from the marshlands as a new source of food. Tests showed that these microalgae were rich in vitamins, antioxidants, omega 3 fatty acids, minerals and other compounds. The project ended with the microalgae being certified for human consumption by the EU. And the search for new ingredients has led to a number of other remarkable discoveries – including one of the most exciting environmental discoveries of recent years – Zostera Marina, more commonly known as eelgrass.

Rice of the sea

Eelgrass is a plant with bright green ribbon-like leaves that grow in coastal marshlands, such as those around the restaurant. The Aponiente team suspected that the green grains found at the base of the plant were edible and sent them off to a lab for testing. The lab results confirmed what the team had suspected and revealed that eelgrass was a wonder plant in many other ways.

Firstly, the tests showed that the eelgrass grains are not just edible, they are a veritable superfood. Each grain is packed with 50 percent more protein than rice, as well as fibre, complex carbohydrates and fats. As soon as he heard this, Angel León González got to work in the kitchen to find out how to cook this marine grain. “It’s interesting. When you eat it with the husk, similar to brown rice, it has a hint of the sea at the end,” he says. “But without the husk, you don’t taste the sea.”

Sail GP has an ambition to be the world’s most sustainable and purpose-driven global sports and entertainment platform – and the introduction of the Impact League in Season 2 was a step in the right direction.

Unique in sport, the Impact League is a second leaderboard that runs alongside the SailGP Season Championship. This leaderboard scores each team for their positive actions to reduce their footprint and help accelerate innovation and inclusivity in the sport. The winner of the Impact League is crowned alongside the Season Champion, and earns valuable funding for its purpose partner.

Make sure you check out the Cádiz edition of the Beneath the Surface show to discover the exciting initiatives that take place this time the catamaran’s race in southern Spain.

Explore Beneath the Surface

The sea as a garden

The second source of excitement was the realisation that they were dealing with an edible plant that could be grown without the need for any freshwater and fertilizer. With 75 percent of the earth’s surface covered by saltwater,  the discovery that it is possible to grow a superfood in saltwater without fertilizer is a game changer for agriculture. If it proves viable, this common plant from the sea can dramatically change how humanity eats.

Just a few decades ago, meadows of eelgass fringed the turquoise waters round the bay of Cádiz. But as human activity along the coastline has increased and seawater temperatures have risen, the seagrass meadows were reduced just a few square metres. Working with a team at the University of Cádiz, Angel León González set out to adapt three small areas of salt marshes around Cádiz into a marine garden to see the impact of cultivating eelgrass on the marsh ecosystem with a view to reviving this valuable flora. 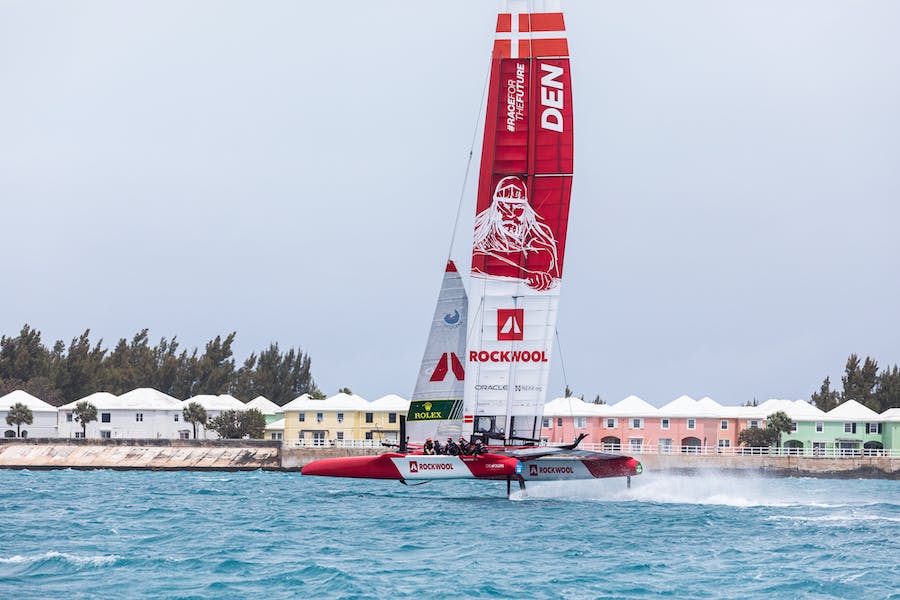 The researchers saw how the plant transformed the adapted parts of the salt marsh into a flourishing habitat full of life from seahorses to scallops. Eelgrass is able to keep coastal waters healthy by absorbing bacteria and nutrients. What’s more, it can slow the speed of climate change by capturing carbon dioxide into the sediment of the ocean floor. In fact, eelgrass has been shown to capture carbon 35 times faster than a tropical rainforest. News of the carbon capture potential of the eelgrass Zostera Marina spread quickly beyond the local research team and caught the attention of global climate protection groups, such as the World Wildlife Fund who described this humble-looking plant as an incredible tool in fighting the climate crisis.

In Cádiz, the project has now been scaled up and further research is being carried out to find out the conditions needed for optimal growth of this amazing marshland plant. And in the meantime, Angel Leon Gonzalez’ insatiable appetite for everything maritime continues to be used in all of his pioneering work. Because living and working with the sea has shown him that if we can respect and understand life beneath the surface of the sea, we can improve life above it.

ROCKWOOL’s partnership with the One Ocean Foundation

In May 2022, ROCKWOOL Group announced a new international partnership with the One Ocean Foundation, an NGO focused on supporting the health and sustainability of the oceans. Stemming from the sponsorship of Denmark’s SailGP Team, the collaboration connects global business, world-class sport and cutting-edge science to drive positive impact.

As a leader in ocean advocacy, the One Ocean Foundation studies marine data and reaches out to companies and leaders to create more accountability. With their One Ocean Disclosure Initiative, a science-based framework and methodology, they are investigating the role of companies across all industries in addressing ocean challenges, focusing on the pressures – direct and indirect – on marine ecosystems, the level of awareness in the business community, and the main response. As a land-based company that makes natural, fully recyclable stone wool building products from sustainably-sourced volcanic rock, ROCKWOOL might seem far removed from the ocean. But the Foundation’s reports make it very clear that all industries – and not just those in coastal locations – are exerting some negative pressures on our oceans. So it’s time for every company in every industry to take responsibility and play their part.

The lively city of Cádiz is loved for many reasons. Silence isn’t one of them. Yet true quietness can be found at the city’s university located on one of its busiest streets.