Sun, sea, sailing, and the Spanish constitution…the lively city of Cádiz is loved for many reasons. Silence isn’t one of them. Yet true quietness can be found at the city’s university located on one of its busiest streets.

Once again this year, SailGP makes its final European stop for the season in colourful Cádiz, Spain. Returning to the city makes a lot of sense. Cádiz is almost completely surrounded by water making it ideal for the close-to-shore sailing action that SailGP is famous for. Believed to be Europe’s oldest inhabited city, archaeological remains were found in the area that date back as far as the 8th century BC. Times have changed, but Cádiz remains ever appealing. It’s a buzzing city, and during Sail GP the extra visitors’ voices and accents from all over the world add to the cacophony of sounds that fill the winding streets. It’s quite difficult to believe that this vibrant city is home to one of the quietest places on earth.

This unusually silent chamber can be found at the University of Cádiz. Often referred to as UCA and known as Universidad de Cádiz in Spanish, it’s a popular public university that was officially established in 1979, with origins that can be traced as far back as the 15th century. Comprising of four campuses, the main Cádiz campus is located on the quaint streets of the old city beside Caleta beach. So perhaps it’s not only the strong academic reputation that makes the university popular with both Spanish and international students!

But we’re concentrating on one particular institute within UCA; the University Institute for Research in Applied Linguistics. Shortened to ILA, it’s a research centre that focuses on the social and academic needs related to speech and languages, with sound and acoustics playing an important role. Since its’ opening at the end of 2012, ILI has been recognised for excellence internally as a group within UCA and has also received external rewards and accolades for cutting edge R&D projects.

Within ILA, there are four specific offices that focus on 1) linguistic consultancy and advice, 2) clinical linguistics, 3) forensic linguistics and 4) language technologies and industries, and these are supported by two laboratories; one for phonetics and one for computational linguistics.

The sound of silence

Language comes naturally to most of us, and we have an innate understanding of how important it is; for our development, for expressing our thoughts and ideas, for learning and for conducting business. It’s vital for culture and society, for preserving customs and for sharing how people interact in other societies. And it’s colourful – just think of the all the accents that bounce along the winding streets of Cádiz alone.

But the research behind understanding more about the varieties and accents within languages needs an unusual level of quietness. This is one of the fascinating areas of research at ILA – and where the phonetics and acoustic engineering laboratory is used. The research projects taking place include;

The phonetics laboratory is equipped with software, programs and tutorials for scientific speech analysis, and supported two acoustic chambers. The development of the semi-anechoic chamber was supported by ROCKWOOL Peninsular, who donated stone wool material with natural sound absorbing capabilities to help soundproof the space, as well as Rockfon ceiling tiles and acoustic panels that possess the same acoustic capabilities. And it is in this very silent space that language is explored.

So, what’s an anechoic or a semi-anechoic chamber?

An anechoic chamber is a space that completely absorbs sound and electromagnetic waves, making the environment almost uncomfortably quiet. The space is insulated from external noise and designed to prevent the reflection of soundwaves, meaning that all sounds are absorbed by the room itself. Anechoic chambers are said to be the quietest spaces on earth.

In an anechoic chamber, protruding fiberglass wedges are installed at varying angles to completely cover all surfaces, including the floor. A mesh grille is suspended above the floor to walk on. However, a semi-anechoic chamber has a solid, insulated floor that can be walked upon and that can bear equipment. The floor within ILA’s chamber is both floating and reflective.

Without visiting an anechoic chamber, it might seem impossible to experience true quietness in our modern lives – especially not on the bustling streets of the old town just outside the university in Cádiz! Having sailed around the world twice, Nicolai Sehested, the Denmark SailGP Team helmsman, knows something about the sound of leaving civilisation behind – and it’s something that takes some getting used to. 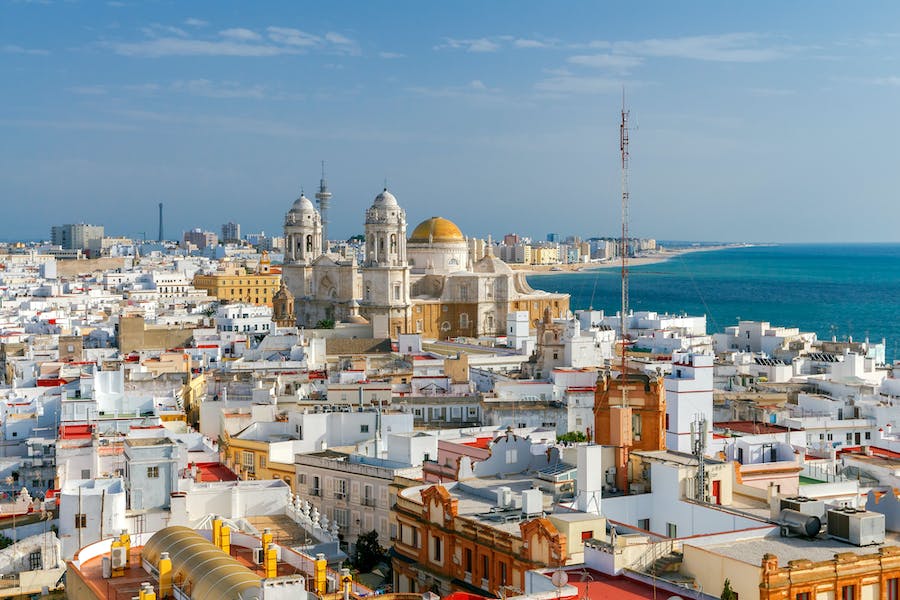 “It is a bit weird, the first few times you leave the dock to go thousands of miles offshore,” he admits. “There’s a specific moment when the sound of civilisation just cuts out. Suddenly, the crowds, the cars and the music dissolve against the noise of the wind and the waves. At that point, it’s just you and the elements.”

Racing through some of the most remote spots on Earth, at times closer to the astronauts in the International Space Station than anyone else on land, Sehested has seen parts of the planet that most of us can only imagine.

“Whenever you’re out on the ocean, you feel really connected to the silence. Whether you’re thousands of miles offshore, or racing at incredible speeds in SailGP’s iconic cities with adrenaline pumping, you still get an inner peace.”

While the SailGP athletes find their inner silence racing on the Bay of Cádiz, the researchers at the nearby university find the true quietness they need in a very different way.

How a chef in Cádiz is changing our relationship with seafood