If you’re following SailGP’s speeding catamarans to St. Tropez, the fragile beauty of the Parc National des Calanques is a mere (lime)stone throw away. But be sure to reserve your entry in advance! Limiting visitor numbers is just one of the initiatives in place to preserve the stunning national park.

Nestled between Marseille and Cassis, Parc National des Calanques offers welcome natural relief from the salty chaos of Provence’s capital. If you revelled in the glitz and glamour of St. Tropez during Sail GP Season 2, the postcard-perfect scenery of the Calanques might entice to you travel just a little further to experience this natural wonder. Whether you long to hike to find solitude swimming in your very own deserted cove or want to enjoy a picnic while drinking in the pine-covered limestone vistas and heady herbal scents, the Calanques has a lot to offer.

Translating as ‘inlet’, the calanques are steep, narrow valleys that are usually formed in limestone regions and found along the Mediterranean coast. These inlets or valleys are created by fluvial erosion or when cave roofs collapse and are partially submerged by the sea. The delicate local ecosystem is typical of karst regions where there is very little soil and where unique plants root in cracks within the limestone. Home to over 900 plants species, some are very rare and found only in the hills of Marseille. The dark green pine trees contrast starkly to the bright limestone rock, and aromatic juniper, sage and myrtle bushes add further green splashes of colour in the lower-lying areas. As well as rabbits, foxes and boars, the area accommodates more exclusive inhabitants such as Bonelli’s eagle and Europe’s largest lizard and its longest snake; the eyed lizard and the Montpellier snake. Parc National des Calanques measures approximately 515 sq km, 85 km of which is land based, so perhaps it’s unsurprising that the underwater flora and fauna is equally impressive. Fishing is prohibited in many areas and boats are limited, so octopuses, anemones and countless Mediterranean fish thrive in the shelter of the Posidonia Oceanica and other aquatic flowering plants. 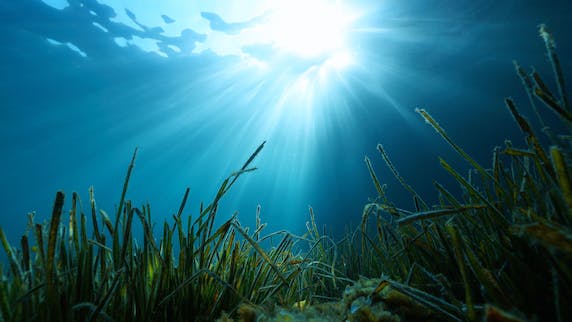 Based on an understanding that the sea suffers from a variety of human activities, including waste water from industry and effluent from agriculture, the Bay Contract strives to preserve the ecological wealth of the area, while supporting the harmonious human developments to benefit the economy. It helps the region meet the EU challenge for sustainable tourism by:

The Bay Contract is scheduled to end in 2022, having lasted seven years and carried out over 160 separate operations to protect the region. At its end, a final evaluation will take place to assessing whether it’s possible to plan for a second Bay Contract. Let’s hope so!

The importance of the Posidonia Oceanica

Posidonia Oceanica, also known as Neptune Grass, is an endemic seagrass from the Mediterranean. This hard working plant is a vital source of oxygen for coastal waters, producing five times more oxygen as a by-product when compared to the Amazon rainforest. In fact, the Posidonia is sometimes referred to as ‘the lungs of the Mediterranean’.

The Posidonia acts as habitat for circa 1000 fish, who shelter, feed and breed in its meadows. Home to endangered species such as Pipefish and Nobel Pen Shells, the meadows also help keep costal erosion in check by anchoring to the sandy seabed and preventing sediment loss. When the plants dies and wash ashore, they also acts as a buffer to prevent sand loss from waves and swells.

As the Posidonia is a very sensitive species that only grows in clean and unpolluted waters, it helps indicate the quality of the coastal waters. So if the Posidonia is thriving, the waters are likely to be crystal clear.

Today, Posidonia meadows represent just three percent of the total Mediterranean underwater surface. In the past 60 years, up to 38 percent  of the meadows have been lost to pollution and other threats including careless anchoring from visiting recreational boats. Initiatives such as the Bay Contract are vital to ensure the survival of this important plant, through fighting water pollution and promoting sustainable tourism.

The St Tropez episode of the Beneath the Surface show will take a deeper dive into the Posidonia and what actions we can take to preserve it, so make sure you check it out to learn lots more about this fascinating plant.

Watch Beneath the Surface's latest episode

One of the initiatives in place to avoid overcrowding in the region is a reservation system for visitors that reduces the number of visitors per day. The unique beauty of Parc National des Calanques means that it is very popular with tourists and locals alike. In particular, the easily accessible Calanque de Sugiton can receive up to 2,500 visitors a day during the height of summer. The footfall of so many tourists has led to erosion, putting the unique landscape at risk. This type of erosion means that the characteristic pine forests are under threat, as the roots of adult trees become exposed and vulnerable and new trees are unable to grow. The reservation system aims control the number of visitors in order to slow down the erosion process and help the natural environment to regenerate. 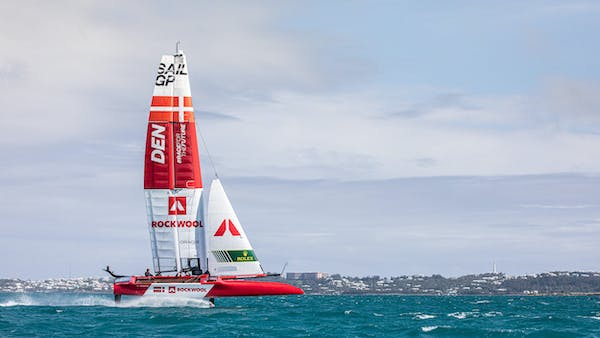 There are also regulations at sea to project the fragile marine environment, with jet-skis and towing sports banned, a speed limit in place and areas where it is forbidden to fish, drop anchor or explore. In fact, about 10 percent of the marine territory is classified as no-fishing zones.

As the Sail GP catamarans return to France to battle in St Tropez, the climate positive sport is using the event to share its purpose; to accelerate the transition to clean energy and help combat climate change. So it’s fitting to remind ourselves that when nature gives us something as beautiful – and fragile – as the Parc National des Calanques, it’s our responsibility to protect and preserve it so that it can be enjoyed by generations to come.