Air travel might never be considered to be a sustainable means of transport – but that doesn’t stop Chicago’s O’Hare and Midway International Airports making every effort to minimise their operational impact.

The Windy City welcomes the Sail GP catamarans to battle it out for the first time on Lake Michigan during the 18th and 19th of June. As a climate positive sport with a purpose to accelerate the transition to clean energy and help combat climate change, the often long-haul flights all over the world result in unwanted emissions – although naturally offset – than an environmentally conscious organisation ideally wants. But arriving at a Chicago airport offers a different sense of peace of mind. As the first city in the United States to develop sustainable guidelines for the design and construction of airports, the Chicago Department of Aviation (CDA) has a long and established history as a leader in airport sustainability – and their airports are evolving examples of what can be achieved in the aviation space.

Running an international hub in an increasingly conscious world

O’Hare International Airport alone ranks as the world’s second-busiest airport, offering nonstop and direct service to almost 200 cities worldwide. Think of it this way – as our world becomes increasingly environmentally aware, many of those travellers are very likely to be conscious of the emissions associated with their transport – and quite a number are likely to be interested in the significant strides the Chicago Department of Aviation have made to improve the sustainability profile of their enormous international hub. Considering that Chicago was the first city in the US to develop a comprehensive climate action plan back in 2008 (link to other article), it’s maybe unsurprising that the Chicago Department of Aviation were the first in the country to develop sustainable guidelines for design and construction at airports. Called the Sustainable Airport Manual (SAM), the first draft of the detailed guide was initially created to support the O’Hare Modernization Program (OMP) in 2003. Today, it is considered to be the model for green airport development in the US. In complete harmony with the City of Chicago’s goal to secure a more resilient future with the people in focus, the CDA focuses on sustainability initiatives at their airports that positively impact the quality of life for Chicagoans – ever important during times where passenger volumes continue to rise.

Filling a substantial 545 pages, the SAM is a comprehensive guide that both includes and tracks sustainability throughout administrative procedures, planning, design and construction, operations and maintenance. It includes a Green Airplane Rating System that assesses each project’s ability to incorporate sustainable initiatives – and the number of projects receiving the rating is constantly rising. Not only is the SAM used at O'Hare and Midway, it is also used by several other airports around the world.

The Chicago Department of Aviation created a Green Concessions Policy that all businesses operating at the airports need to meet. The policy is a tool aimed at achieving the CDA’s waste reduction goal of saving at least 50 percent of waste from ending up at landfills. It also sets standards to minimise waste, enhance recycling, generate demand for eco-friendly products and provide healthier foods for passengers and employees. The airport businesses are offered training and support to help comply with the policy.

The businesses need to fulfil the following:

LEED certified buildings throughout the airports

Further evidence of the way sustainability is carefully considered throughout the airports’ development is demonstrated by the large number of structures that have received LEED certification. Leadership in Energy and Environmental Design, more commonly known as LEED, is the world’s most widely used green building rating system. Developed in 1993 by the U.S. Green Building Council (USGBC), it is granted to public and private structures that are environmentally responsible in their both construction and operation. LEED certification consists of four rating levels; certified, Silver, Gold and Platinum. The levels are based on a point system determined by a building’s sustainability, water and energy efficiency, construction materials and innovation of design. 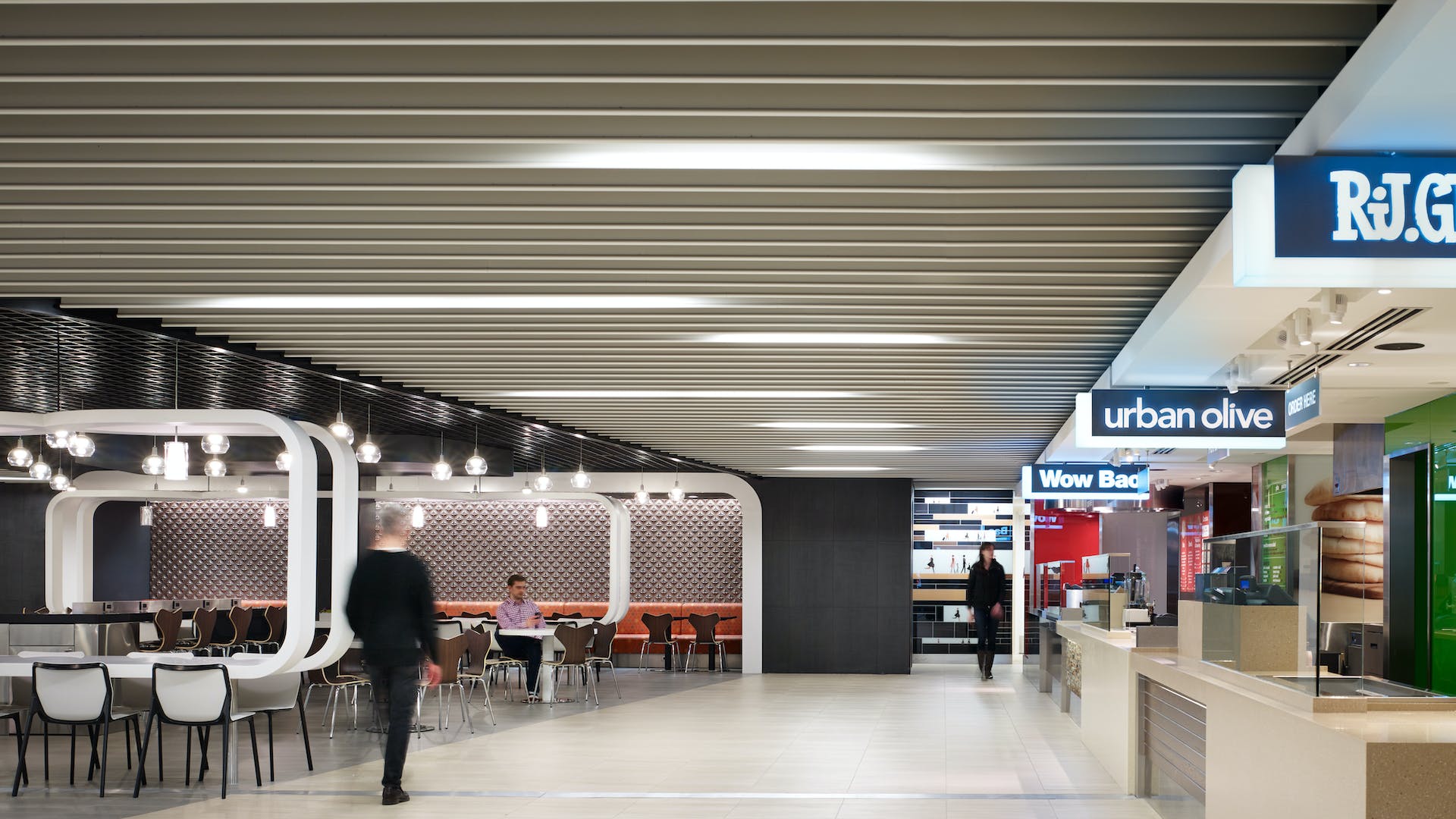 At O’Hare and Midway International Airports, there are a whopping 911 LEED certified buildings – a significant testimony to the level of sustainability, resource efficiency, energy efficiency and environmental quality literally built in to the Chicago airports.

There are many urban legends around what started the Great Chicago Fire in 1871. Here is the (probably) true story of how one cow changed the face of Chicago forever.

Chicago's race for the future

How Chicago is LEEDing the way to a greener future 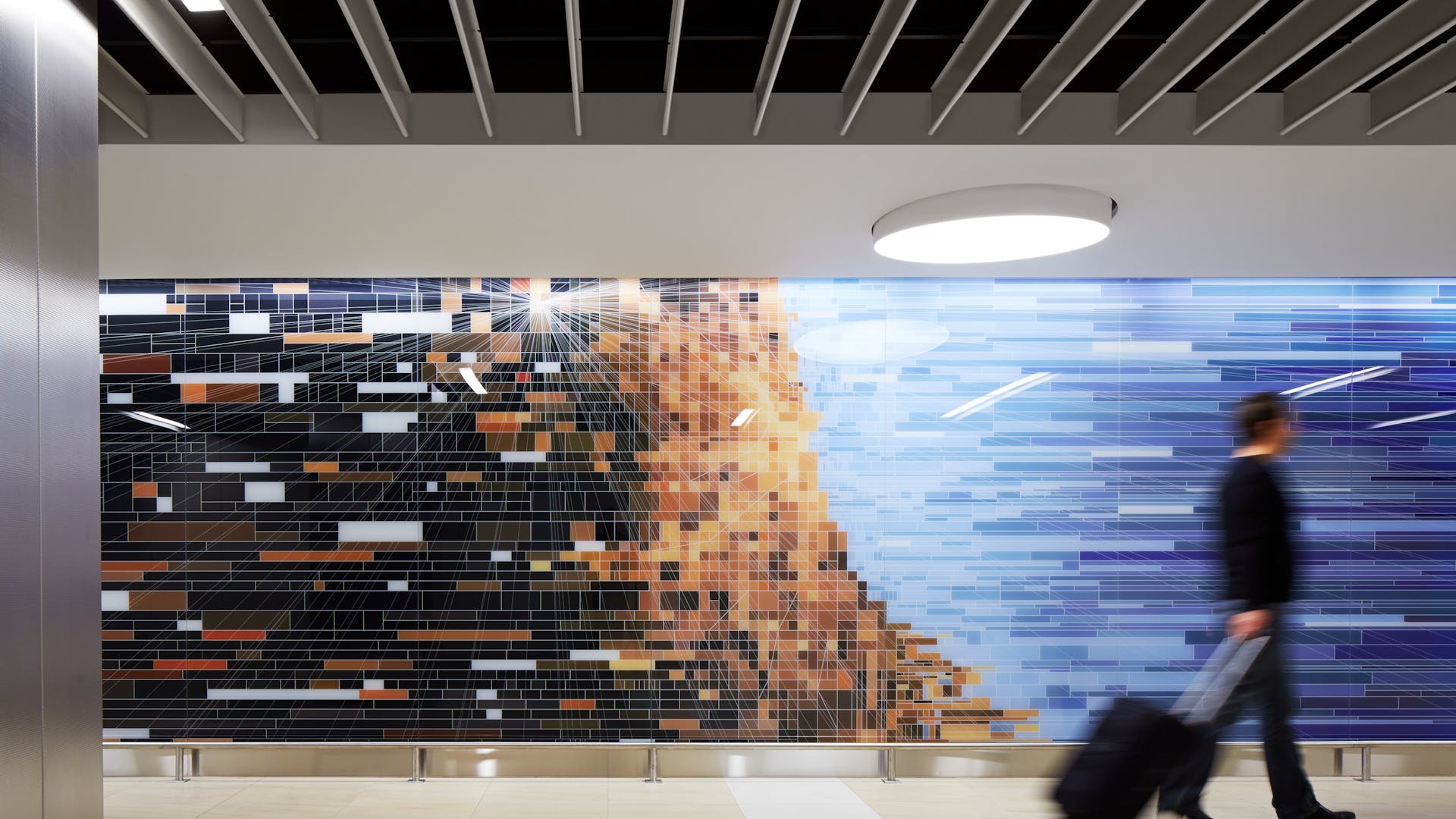 With the aviation sector facing scrutiny when it comes to its role in climate change, it’s reassuring to see the Chicago Department of Aviation (CDA) take action. By recognising that expansion also means a growing carbon footprint and thoroughly rethinking every aspect of each airport function with sustainability in mind, they developed a Sustainable Airport Manual that can guide other aviation hubs others to adopt greener designs and more conscious operating strategies.

If you’re visiting Chicago – maybe to enjoy some adrenaline filled days at the Grand Prix – and find yourself traveling through one of the airports, take a conscious moment to consider the sustainable planning that has gone in to every function.

Rockfon’s role in the transformation of Terminal 5

Rockfon Intaline baffles and Magna T-cell systems were used in the renovation. Based on 100 percent recycled aluminium content – which in turn is 100 percent locally recyclable at the end of the ceiling system’s useful life – the Rockfon solutions supported the sustainable initiatives at O’Hare as well as achieving the acoustic goals of the project.

There are many urban legends around what started the Great Chicago Fire in 1871. Read the (probably) true story of how one cow changed the face of Chicago forever.