The catamarans are competing in Copenhagen, a city known for its innovation, design and sustainability. These attributes also perfectly summarise a cutting-edge construction in Copenhagen that’s revolutionising the way the locals view production and waste. Let’s go beneath the surface of CopenHill!

Could it be a more perfect partnership – a city that dreams of being the world’s first carbon-neutral capital and a sport with an goal of being the world’s most sustainable? With the catamarans back in Danish waters, all eyes are on Copenhagen and its picturesque harbour. Cutting a striking and shimmering shape against the city skyline is CopenHill, an impressive example of ‘hedonistic sustainability’ that indicates a greener and more innovative future is on the horizon.

Ultimately replacing Amagerforbrænding, a 50 year old waste-to-energy incineration plant on the island of Amager that forms part of Copenhagen, CopenHill’s aim was to revolutionise waste management and energy production as well as offer new recreational facilities to people living in the area. 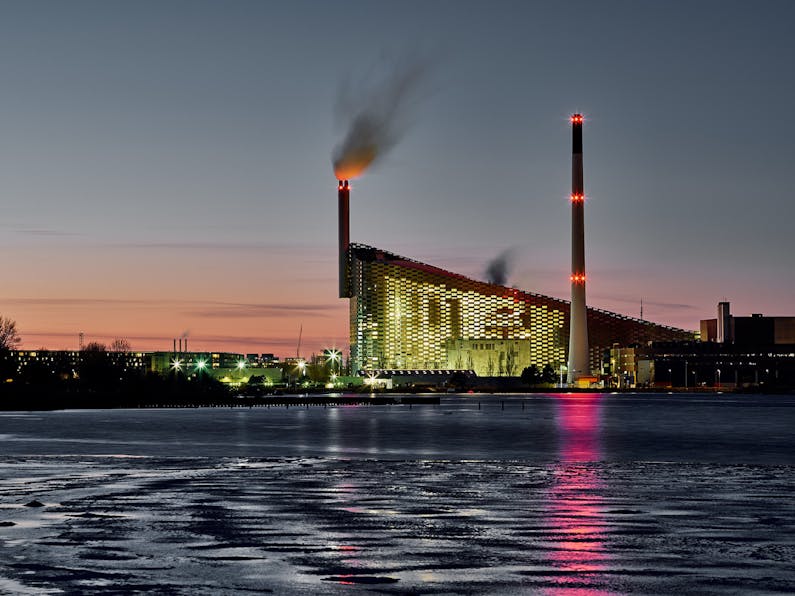 First coined by the Danish architect Bjarke Ingels, hedonistic sustainability is when sustainable innovation meet community and results in something pleasurable as well as being better for the world around us. Ingels’ company, BIG (Bjarke Ingels Group) is behind CopenHill’s ground-breaking design.

When discussing CopenHill in 2019, Ingels said, “CopenHill is a blatant architectural expression of something that would otherwise have remained invisible: that it is the cleanest waste-to-energy power plant in the world. As a power plant, CopenHill is so clean that we have been able to turn its building mass into the bedrock of the social life of the city – its façade is climbable, its roof is hikeable and its slopes are skiable. A crystal clear example of Hedonistic Sustainability – that a sustainable city is not only better for the environment – it is also more enjoyable for the lives of its citizens.”

But let’s strip it back to CopenHill’s initial purpose; to transform waste into energy and generate both heat and electricity. The plant processes around 400,000 tons of waste annually, collected from the roughly 700,000 civilians residing in Copenhagen and about 46,000 companies in the area. Each day, upwards of 250 truckloads of waste arrive at the premises to be recycled.

This process of eliminating waste and converting it into energy to be used for the greater good is more intricate than it sounds, although very streamlined and well-thought-through. Circa 30 tons of waste are incinerated per hour, releasing energy in the form of hot gas which is then transported to heat water held in enormous boilers. These boilers produce tons of steam that is sent to a turbine connected to a generator. Here, the energy is converted into electricity, and what is left over is used in the heat exchanger. District heating water, for example, is heated up in the heat exchanger and transferred to the district heating system to supply around 120,000 households with heat. As an added bonus, the process also provides about 50,000 households with electricity and power. CopenHill is actually twice as efficient as the incineration plant it partially replaced. But this hard-working plant is a lot more than ‘just’ an innovative way to deal with waste and energy production! 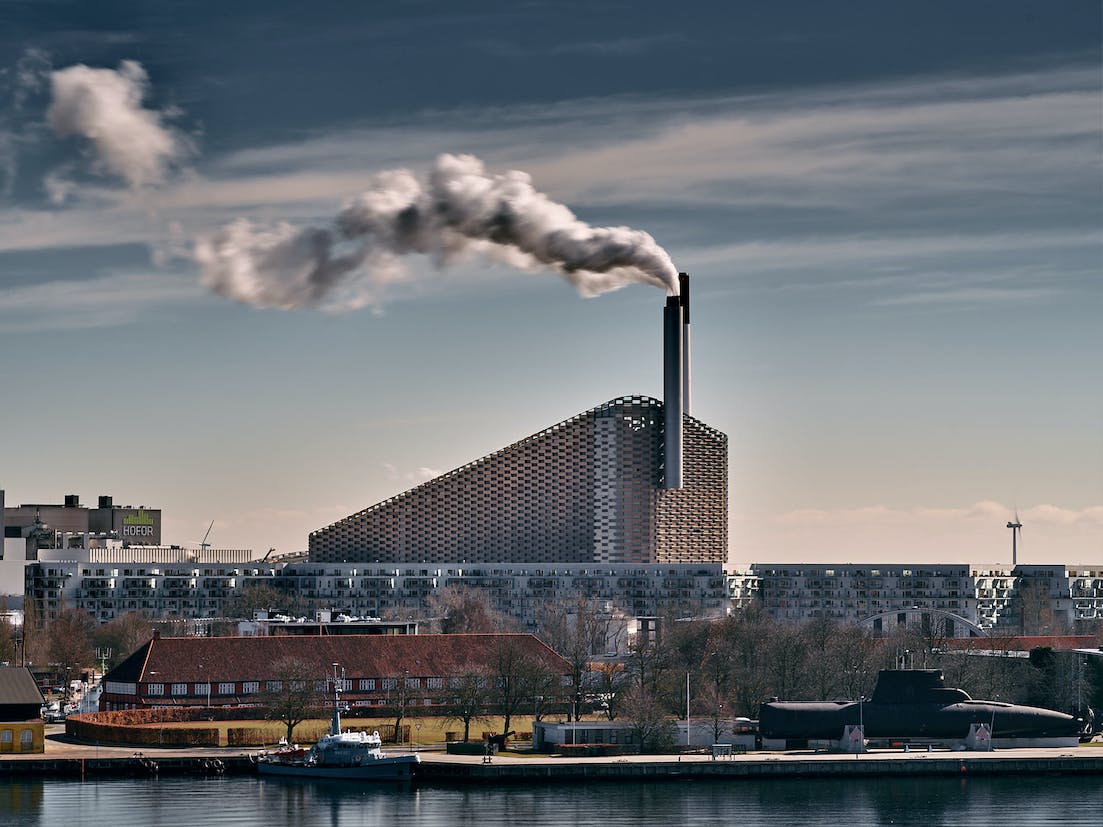 Apres-ski – while drinking in great views of Copenhagen

This revolutionary building is also the only building in existence with a ski resort on its tall, sloped roof. If skiing isn’t your thing, the rooftop activity park also offers hiking trails, playgrounds, trail running and climbing walls – and all activities can be enjoyed with best views across the city. CopenHill also boasts a café and restaurant that promise the classic après ski atmosphere. The recreational activities are proving to be a hit with both locals and tourists alike, with 300,000 people expected to visit CopenHill every year.

CopenHill continuously makes giant strides towards its environmentally supportive goal in 2025, and already generates more clean water than it uses. Thanks to its filtration system, the sulphur emissions associated with the plant will decrease by almost 100 percent. This alone will make CopenHill the cleanest incineration plant in existence.

It may have taken almost 10 years of through and design and involved BIG collaborating with some of the most innovative industry players to finalise their vision, but the result is revolutionary when it comes to buildings as the world knows them. CopenHill creates an idea of what can be accomplished in the future.

Circularity – an integral part of a sustainable building

The construction sector is aware that it’s necessary to embrace circularity in order to slash waste and foster a more sustainable economy. And this is where stone wool can make a significant difference as it can recycled again and again without losing its effectiveness – and it can be created from materials that would otherwise be landfilled or downcycled.  That’s why stone wool insulation perfectly complemented the vision behind CopenHill. ROCKWOOL’s stone wool products were used throughout the building, with many more details available in this case study.