There are many urban legends around what started the Great Chicago Fire in 1871. Here is the (probably) true story of how one cow changed the face of Chicago forever.

There are many urban legends around what started the Great Chicago Fire in 1871. Perhaps the best known is that the fire was started when a cow owned by a certain O’Leary family kicked over a lantern in their barn. If true, the cow was just one link in a chain of tragic events that led to one of the biggest fires in the history of the U.S. But in the wake of the devastation, the fire ushered in a new era of building with a strong focus on fire-resistant construction materials and hugely innovative building styles.

Growth and expansion – and safety second

In the 1870s, Chicago was a boom town – a commercial centre for businesses and a magnet for people looking for work and seeking fame and fortune. As the city expanded, little thought was given to fire safety and the city became one big fire hazard with wooden buildings, wooden sidewalks, coal heating and gas lighting.

Combine these combustible building traditions with unfortunate weather conditions and it becomes clear why the Great Fire of that October ended as catastrophically as it did. The summer of 1871 in Chicago was notoriously dry with only a quarter of the normal amount of rainfall. In fact, leading up to that fateful October evening, there were average of four fires a day leaving the city’s firefighters exhausted and underequipped. The wind direction on the evening of the fire sent the fire on a rampage through the city’s business district incinerating hotels, banks, government offices and businesses for two whole days before rainfall finally stopped the devastation.

When the fire had run its course, 17,500 buildings had gone up in flames, one third of residents were homeless and destitute, and an area of four miles long and one mile wide was left in smouldering ashes. But if you are familiar with the city of Chicago, you’ll know that even faced with a catastrophe of that scale, Chicagoans are ready to roll up their sleeves and get back to work. The Great Rebuild was underway within days.

Just one month after the fire, an election for mayor was held – no mean feat given that the electoral records, like so many other administrative documents, had gone up in smoke. The new mayor was Joseph Medhill from the Union Fireproof Party. He promised to rebuild the city with strengthened building regulations and fire codes. This campaign promise resonated with voters and he won an overwhelming 73% of the vote. In the devastating wake of the fire, the city’s officials led by the safety-conscious mayor made a decision to rebuild the city so it would be fire-resistant. 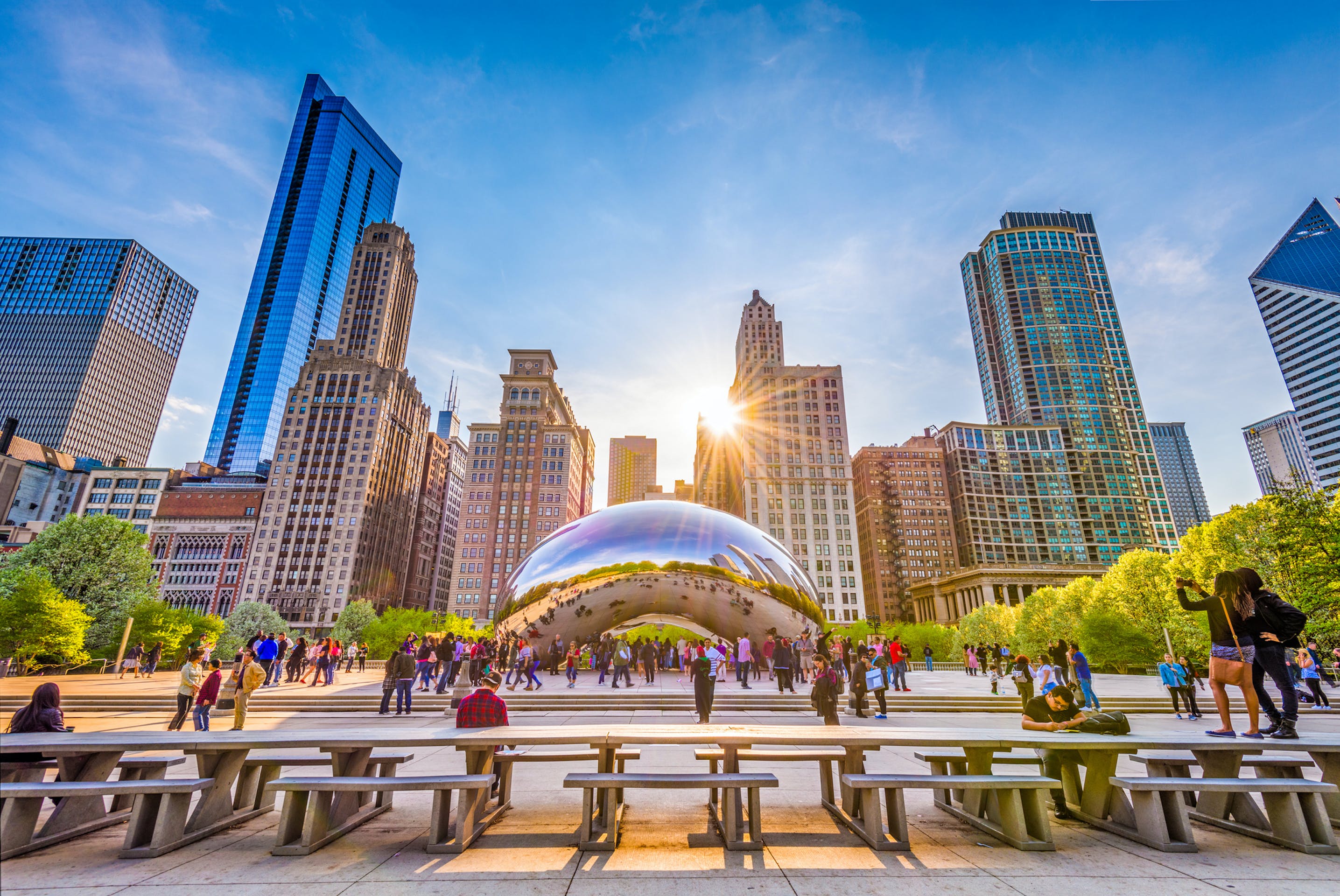 The modern day Chicago skyline is defined by skyscrapers - a trend started after the Great Fire of 1871.

The biggest change was to ban the use of wood in the downtown area and instead use fireproof materials, such as brick, marble and terracotta. Although this was mandated by the city, it was ignored by a great number of people who had already started the work of rebuilding their homes and businesses in wood. It took another major fire in 1874 to make more frequent fire safety inspections standard and thereby ensure the fire-proofing initiatives were being followed. Many of the things we take for granted today, such as unlocked fire exit doors, exterior metal fire escapes and clearly marked exit signs in public buildings, were developed as a result of these new building regulations.

Chicago's race for the future

How Chicago is LEEDing the way to a greener future

Why information disclosure is a powerful tool for change

In spite of their biological richness and importance in sustaining life on earth, our oceans still remain largely unexplored

Down on the farm at Oracle Park stadium

It might sound incredible but The Garden urban farm is located inside the stadium – just under the scoreboard.

The World’s Only Fire Proof Hotel

One of the buildings that needed to be rebuilt following the Great Fire of 1871 was the luxury Palmer House Hotel on Monroe Street. On the fateful night of the Great fire, its architect could sense the imminent danger and buried the hotel’s architectural plans in the building’s basement covering them with sand and clay. When he returned to the ashes of what had been the hotel and saw that the plans had survived, he realized the value of terracotta in fireproofing buildings and used it when he rebuilt the hotel just two years later. It opened its doors for business under the bold advertising claim of being the “World’s Only Fire Proof Hotel.” 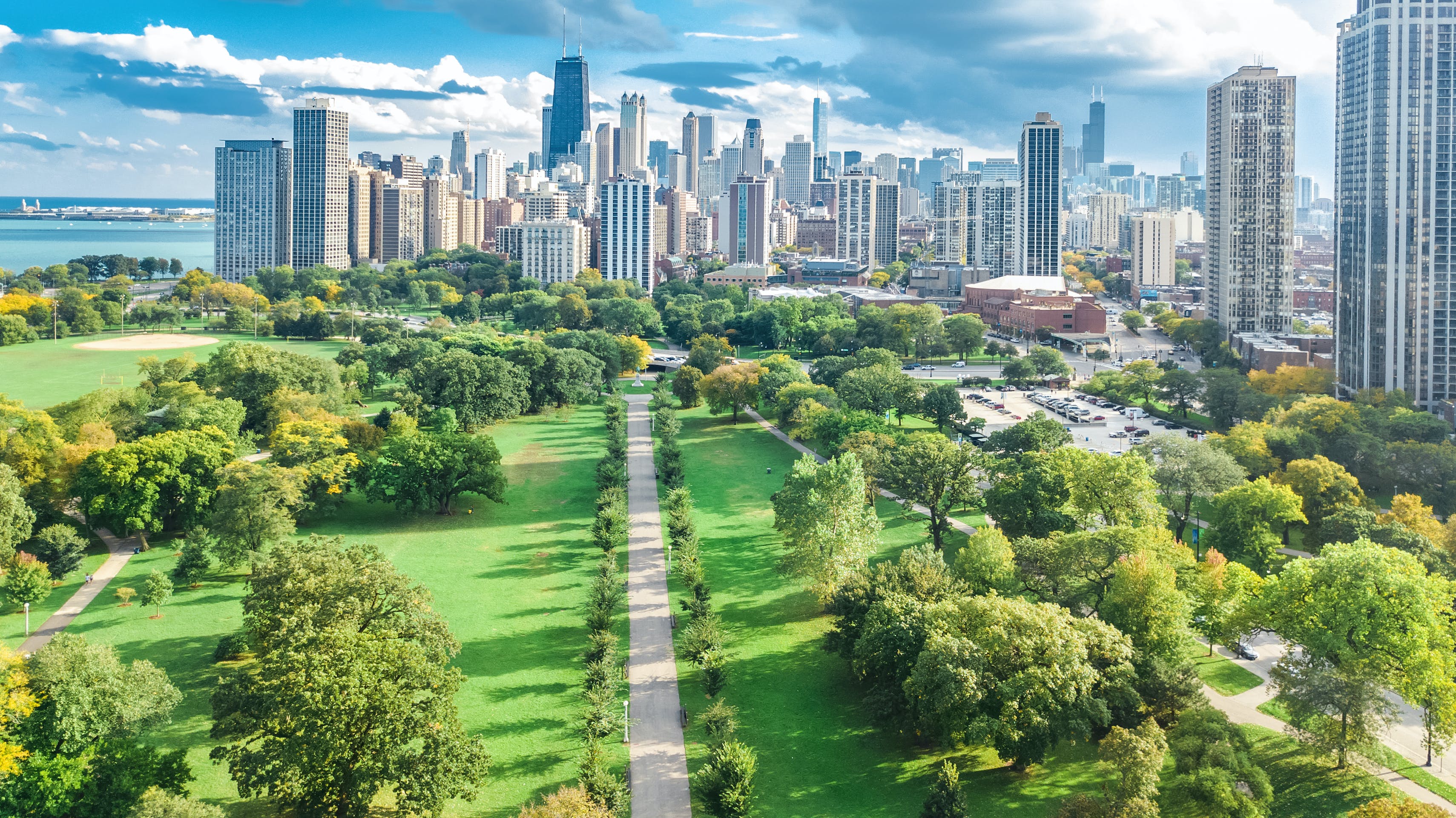 The sky is the limit

Following the Great Fire, a groundbreaking style of architecture emerged from the ruins of the burnt city, The Chicago School. This style embraced new inventions such as electric lighting, the elevator and fire-resistant building techniques, which made it commercially and technically possible to build taller than ever before. By using steel-frame construction and masonry cladding, buildings had the fire-proof properties of brick without the additional weight. This enabled multi-storey construction at heights that had previously been unthinkable

In 1885, one of the architects of the Chicago School, William Le Baron Jenney, designed The Home Insurance Building – one of the first skyscrapers in the world. Ten storeys tall, it was supported inside and out by a fire-proof structural steel frame and weighed just one third of a masonry building.

Walk around the city of Chicago today and you can still marvel at the sight of the old skyscrapers from the decades following the fire, such as the Rookery Building, the Second Leiter Building and the Monadnock Building. They might not match the modern skyscraper in terms of height, but when you consider the time in which they were built, before telephones and flushing toilets, they are an incredible legacy from an ambitious time.

But what about the cow?

And back to the infamous O’Leary cow. Throughout the rest of their lives, the O’Leary family always vehemently denied that their cow was involved in any way in the fire. Somewhat incredibly their home was left untouched by the flames that engulfed much of the city during the Great Fire. The barn, where the cow is said to have knocked over the lantern, no longer stands but in its place is the Chicago Fire Academy. This is a fitting location for the institution that trains new firefighters to prevent such a fire ever occurring again.

Go Beneath the Surface

Down on the farm at Oracle Park stadium

In Oracle Park baseball stadium the humble hot dog is now being challenged by healthy dishes that use ingredients grown at the stadium’s own local farm – a farm so local that if you look behind the centerfield wall, you can actually see the fruit and vegetables growing.