Five centuries before Christopher Columbus discovered America, Vikings built a green village of sod-covered longhouses on northernmost tip of Newfoundland in Canada. Today visitors to L'Anse aux Meadows, a UNESCO World Heritage Site, can experience the coolness the thick grass-covered longhouse roofs provide in the summer and the warmth in winter.  A thousand years later humanity is turning to plant-covered roofs known as green roofs to help cope with two major impacts of climate change: hotter temperatures and flooding.

Floods devastated most of Iran, much of southeastern Africa and central US in March of 2019. Damages were estimated to top eight billion dollars for that month alone according to British insurance company Aon. About half of that was for damages to homes and businesses in the US.

Over the past decade in-land flood events were the leading reason why people around the world have been forced out of their homes. Sadly climate change will make this much worse new research shows. Northern Europe, northern parts of America, equatorial regions and Northeast Asia are particularly likely to experience severe flood events in the coming decades. To cope with this challenge, cities and urban areas are increasingly looking to roofs to deal with excess water.

Cities are mostly made up of hard, impervious surfaces: buildings, roads, parking lots. In some US cities roads and parking occupy up to 60 percent of the land area. When heavy rains fall there is often little water-absorbing green space. Incredibly, Tokyo and Buenos Aries offer less than three square metres of green space per resident. While some cities offer more, such as London with 27 square metres, and Amsterdam with 45 square metres, few have enough. But when viewed from above, the one thing all cities have plenty of: roof space.

Green roofs can be covered by anything from perennial grasses to bushes and trees to vegetable and fruit gardens. Restaurants can grow some of their vegetables on their roofs, while reducing rainfall runoff. Studies have shown that green roofs can absorb 70 to 90 percent of rainfall compared to a hard roof. 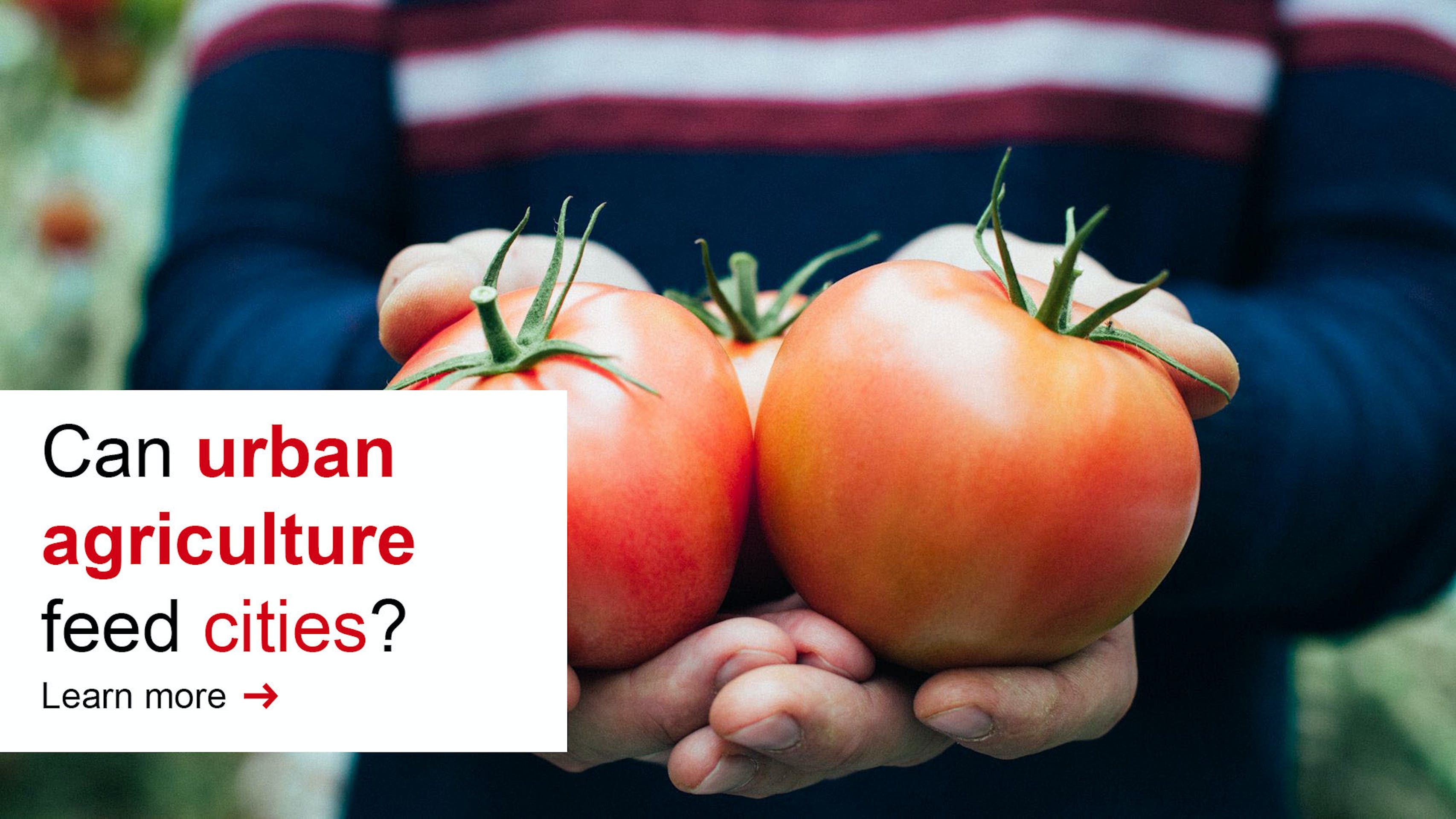 Green roofs do cost more to build but often reduce other costs. New York City’s Javits Convention Centre has a 27,316 m2 green roof that retains 77 percent of rainfall a new study shows. Building this large green roof was 18 times more cost effective than building an underground cistern in the middle of Manhattan. To cope with heavier rainfall New York plans to spend $1.4 billion on green roofs and other green infrastructure.

Not all existing buildings can accept the additional weight of a green roof, nor are they simple to build says Steven Peck, founder and president of Green Roofs for Healthy Cities, the North American green roof and wall industry association. However, there are a wide range of financial benefits to building owners through reduced heating and cooling costs and increasing the longevity of the roof itself. “Green roofs are multi-billion dollar industry and growing rapidly,” says Peck.

Another reason for this growth is heat. Cities are largely made of heat-absorbing materials like asphalt and concrete and are often several degrees hotter in summer than the surrounding countryside in what is called the “urban heat island effect”. Extremely hot days have tripled in Europe over the last 100 years and with climate change cities are only going to get hotter.

Green roofs cool the air because plants absorb less heat from the sun and cool the air by evaporating water in a process known as evapotranspiration. If 11 percent of the buildings in the city Seville, Spain had green roofs they’d reduce summer temperatures by 1.5 ºC. With 40 percent green roofs it could cool the city 6ºC researchers calculated. Another study found that green roofs could cool the climate in all cities, with biggest effect in the hottest cities. If Riyad, Saudi Arabia had green roofs, the temperature during the hottest month would drop 9.1 ºC, dramatically cutting energy use for air conditioning.

German cities and towns have long been the leaders in green roofing but more and more cities around the world are requiring them on new buildings. Such roofs can also incorporate solar panels without diminishing their benefits. In fact, green roofs can enhance the effectiveness of the solar panels a University of Toronto study found.

With roofs accounting up to 25 percent of a city’s surface, they are in the eyes of Peck “a horrendous waste of space” unless they’re green. Can urban agriculture feed growing cities, and save water?

From growing high-value salad greens in an abandoned underground WWII air raid shelter in London to the sack gardens of Kibera in Nairobi, Kenya, one of Africa’s largest slums, growing food in cities is wildly diverse and increasingly important.

The secret to using less water in agriculture

Ever wondered how to do agriculture with less water? Read on to discover the solution.

How to prevent devastating floods

Floods are getting more intense and destructive. But there is a way to reduce their impact and prevent them from destroying homes and infrastructure.

As low energy building strategies are becoming more accepted and commonly used, the next big concept driving sustainable design innovation is resource use and disrupting the current linear approach to materials and waste.

Stephen is an award-winning journalist and author who has covred international environmental issues for more than 20 years.