Copenhagen is still in the lead to becoming a carbon neutral capital city with innovative solutions that reduce energy consumption and promote green growth.

Think globally, but act locally. That is exactly what the Danish capital is doing for its citizens. In fact, they have been doing it for longer than anybody else - and their ambitious goals have set the benchmark for other cities around the world. However, according to Foresight, Copenhagen will need help from the national government to achieve its carbon neutral status by 2025.

As far back as 2007, the city was an early mover in the energy transition. The Copenhagen Climate Plan started as a novel idea and had a few hiccups before gaining speed over the last decade. Copenhagen is currently setting the pace that other urban centres will need to match to create livable cities for their populations which are safe, healthy, and comfortable to live in.

It all began when Copenhagen was getting ready to host the COP15 United Nations Climate Summit. Both the government and city officials saw this as an opportunity to highlight their strategies and ideas of becoming a frontrunner on climate action. After conducting research and analysing possible scenarios, the vision for being the first carbon-neutral capital started taking shape in 2009. During a conference at the city hall, experts concluded that a 2025 deadline was possible and in 2012, the Copenhagen Climate Plan emerged with viable strategies for achieving carbon neutrality.

The city of Copenhagen had already started thinking about becoming the environmental capital of the world in the 1990s. Bo Asmus Kjeldgaard, former mayor of Copenhagen for the environment had ambitious plans to improve the city’s infrastructure towards a more sustainable society. Unfortunately, other elements of the government did not share his enthusiasm and he ran into funding problems.

By 2010 however, the city tasked Kjeldgaard with making the climate plan a reality. He helped the city to develop detailed, concrete initiatives towards achieving their goals of becoming carbon neutral by 2025. Empowered with a broader mandate set by the city council, he assembled a group of more than 200 stakeholders from all walks of society. Together, they developed 22 distinct business plans covering 65 different projects to improve the future sustainability of the city. Under his direction, the city reduced its overall heat consumption. Today Copenhagen is almost 100 percent heated by district heating fuelled by waste heat and renewable energy.

The success of Copenhagen has been that they sought to combine life quality with sustainability and called it ‘liveability’. The city of Copenhagen succeeded in building a compeling  narrative around this and it became an idea their population could believe in. Today, Copenhagen has proved the concept.  the idea is  central to Copenhagen’s goals and informs policy decisions at every level of the city’s government.

The Copenhagen climate plan relies on four essential pillars. These are:

Using these broad strategies, the city seems to be on track to achieve its carbon-neutral status within the given timeframe. The plan relied on three stages of implementation, the first concluding in 2016. The city also reviews its performance after each stage in order to adapt or redouble efforts wherever an initiative did not succeed. The second phase ran until 2020, with 2025 being the final deadline for achieving complete carbon neutrality.

By 2015, nearly three quarters of all Europeans lived in cities. This will continue to increase, and according to Eurostat, by 2050 the population of European cities will have grown by more than 25 percent over the last 100 years (i.e., 1950-2050). Improving the efficiency of its district heating systems has been one way Copenhagen can reduce the carbon footprint of its buildings.

Currently, almost all of the city’s buildings and homes use waste heat, preventing an additional 665,000 tons of CO2 escaping into the environment every year. To achieve its overall goals, however, the city will have to invest in technologies that reduce the energy needs and improve the thermal efficiencies of its structures.

As with most phased plans and schedules, the end is always tougher than the beginning. This is also true for Copenhagen’s climate plan. The goal of reducing the energy used for heating by 20 percent and overall electricity consumption by 10 percent will require additional interventions by the Danish government and city officials alike.

Can Copenhagen get over the final hurdle?

By most accounts, the city has now run out of “easy solutions” and will need to redouble their efforts if they are to reach their goals. An area that the United Nations and other environmental watchdogs highlight for improving sustainability and green growth is by renovating aging building stocks. In Europe, where the majority of buildings date back more than 50 years, improving thermal efficiency can help reduce a city’s reliance on non-sustainable energy sources.

In Copenhagen, a great example of this net benefit was the Osramhuset renovation project. Initially built as an administrative and storage facility for the Osram lightbulb manufacturing company, the building now functions as a multi-use cultural and community centre. Due to its inefficient energy consumption, the city earmarked the building for renovation and the project finished in 2009. The goal was to reduce the resources used to run the building and cut the overall CO2 emissions it generated. 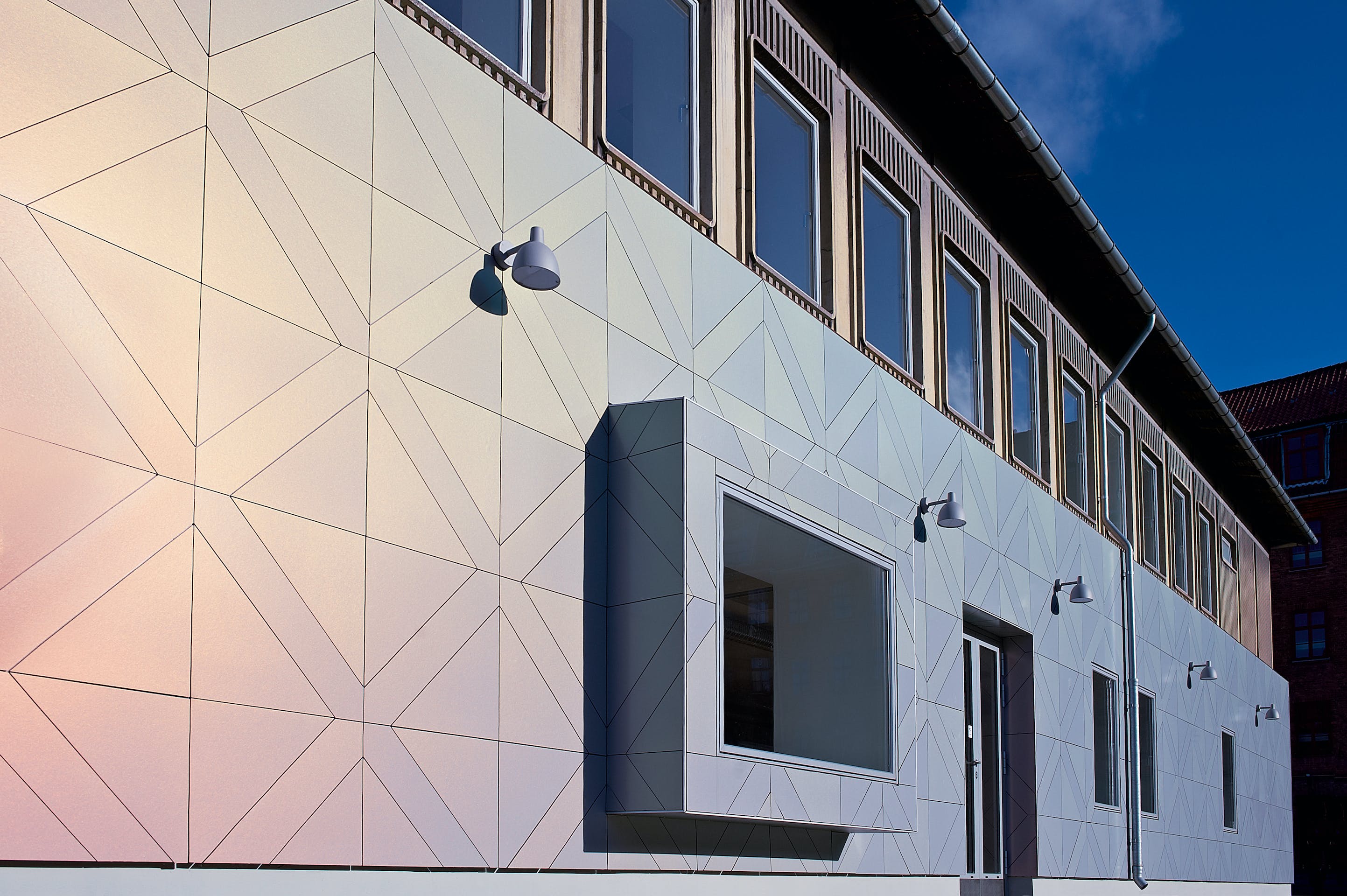 After the project, the building’s energy performance savings totalled 58 percent. This was largely due to improving the insulation in the building and increasing its thermal efficiencies, thus requiring less energy to maintain a comfortable climate inside. At the same time, the city transformed the building to serve a new purpose, which supports greater liveability in the neighbourhood.

How the Danish capital can achieve their climate goals by 2025

One person who believes this area should be a priority for the city is Jørgen Abildgaard, the executive climate program director. While he agrees that renovating for tangible sustainability is a great strategy for improving the liveability of cities, he believes the city has not done enough to promote the practice. He wants stricter energy certification legislation to drive the next phase of CO2 emission reductions and tougher penalties for entities who do not carry out the necessary work during a renovation project.

Jørgen Abildgaard is not waiting around for the national government. He also believes that making it mandatory to raise a building’s efficiency levels by at least two points during a renovation project can help achieve the city’s goals. One initiative that could facilitate this is the Energy Leap (or “Energispring”) program. It brought together the largest property owners and administrators in the city who voluntarily agreed to reduce their energy consumption by three percent every year.

Denmark’s capital is in the final stretch of a race they started almost fifteen years ago. Now may be the right time to ensure they look towards renovating their building stock for reduced energy consumption and ultimately reach the goals as defined in their ambitious (but achievable) climate plan.

Cities are at the forefront when facing the direct impact of climate change, and we see more and more cities taking serious and tough actions to combat the effects at a local level

Is circularity in the construction industry catching on?

As the concept of circularity grows in other industries, there are reasons to be optimistic that the construction industry will follow suit.

Adopting sustainable home renovation solutions during your refurbishing project is one of the most significant pathways to achieving the UN’s sustainable goals.

From heating offices with sewage energy to fast-tracking timber buildings, axing carbon must be the decade’s top trend

The case for waste heat recovery

50% of the energy consumed by production processes is being wasted.

An energy transition cannot happen without the renovation of buildings

Without re-thinking the current effort we will not be able to deliver the scale of high-quality renovation which is required to deliver the energy transition.