The poor side of energy

Upgrades to the buildings in our community can have a surprisingly large impact to our quality of life.

The impact of energy efficiency

Do you know what energy poverty is and how it affects 15% of people in developed countries?

For most people, energy poverty is not a well known term, but it directly affects the world we live in. Defined as the lack of access to modern energy services that provide the ability to heat and cool homes, energy poverty makes a great portion of the world’s population susceptible to its negative impact.

The portion itself represents 15% of the population within developed countries. This is especially clear within the European Union (EU), where around 8% of the population is unable to heat their homes adequately (Eurostat, EU-SILC survey).

The biggest contributors to this major issue are energy efficiency and income. In the EU alone, two thirds of buildings were built when energy efficiency requirements were limited or not in existence. Most of these buildings will still be standing by the year 2050 (European Commission, 2016).

Furthermore, if an individual or family lives on low income wages in an out of date building, they are likely to pay a higher price to heat or cool their home due to the poorer energy efficiency of those structures when compared to the more modern building types typically found in newly developed areas. Living in a unbalanced temperature environment can potentially trigger mould growth, which can cause asthma and thus directly affect children. (Fraunhofer (2016b) and European Respiratory Society, 2013).

of people in developed countries

What makes energy poverty so concerning is the fact that it can contribute to serious health issues that could be harmful to human beings. Those who are most vulnerable to potential health hazards are children and elderly individuals, specifically those that live in outdated buildings.

Based on findings from BPIE and IEA, there is a 30% greater likelihood of infants needing a hospital visit caused by a lack of temperature control in their homes. Additionally, 30 to 50% of excess winter deaths are attributed to the poor conditions of of dwellings (BPIE, 2014 and IEA, 2017). What this means is healthy kids need a healthy home.

Energy poverty is widespread and has a severe human impact 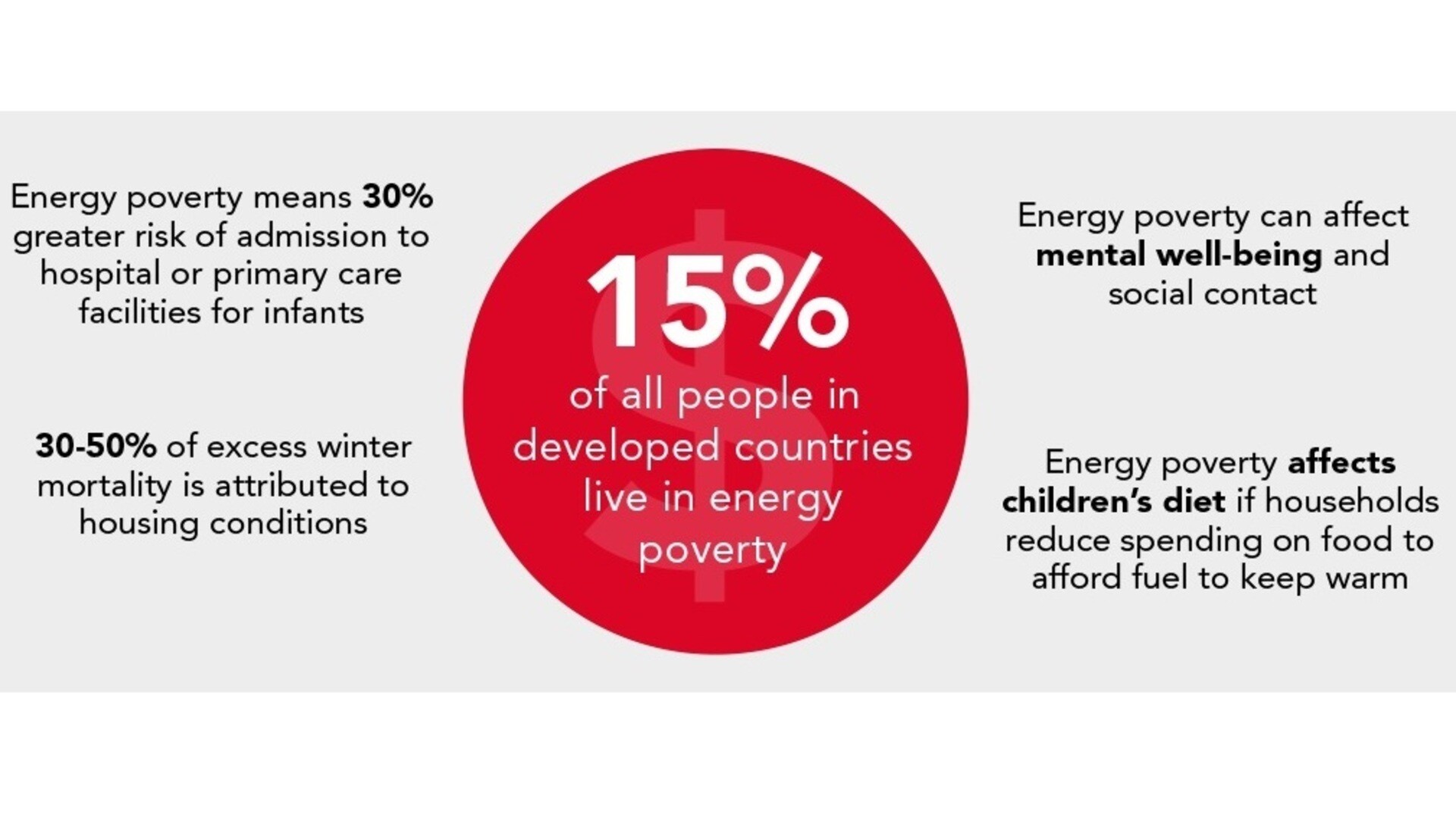 Maintaining a decent standard of living hinges on our ability to create a stable environment within our buildings. Alleviating energy poverty is possible through sufficient building insulation, which would overhaul older, more inefficient building structures and replace them with solutions that would lessen energy consumption and lower CO2 emissions.

Today, energy poverty is depriving people of their wellbeing and has the potential to damage millions of vulnerable people. Together, we can prevent it by making the decision to improve our living conditions. Make your living spaces more habitable for everyone by renovating them and take the first steps towards stopping energy poverty.

Improving where we live will benefit how we live

Upgrades to the buildings in our community can have a surprisingly large impact to our quality of life.

Reuse and recycle resources for a more sustainable future

It is possible to repurpose and reuse so that we are not in need of new resources in the future.

A large scale renovation project of €100m can be expected to support around 1,900 jobs in the construction sector

Learn how building quality can affect your health and productivity.