A temporary Concert Hall for the Munich Philharmonic.

Situated in Sendling, a multicultural borough of Munich in Germany, the Isarphilharmonie is the new temporary replacement concert hall and home for the Munich Philharmonic Orchestra though its original base, the Gasteig complex, is undergoing renovation. The Isarphilharmonie is destined to become the focus of Europe’s largest cultural centre – Gasteig HP8 – named after the location Hans-Preißinger-Straße 8 - a new, vibrant cultural quarter.

Opened in October 2021, the Isarphilharmonie is created to both delight and engage the visual senses of visitors with its von Gerkan, Marg and Partners architects-designed construction presenting a subtle but harmonious dark grey coloured clad building with a nod to the industrial style. Internally, dark glazed, solid cross-laminated timber panels with attached spruce wood slats surround the hall with the ceiling made also of the same material and the floor a light parquet.

Together the material choices contribute to the concert hall’s outstanding acoustics created by Nagata Acoustics, headed by Yasuhisa Toyota, which can boast projects such as the Philharmonie de Paris and the Walt Disney Concert Hall in Los Angeles in its portfolio.

The 30 cm thick cross-laminated timber elements of the hall walls were also slightly scaled so that the sound reflections are better distributed throughout the room.

Requiring to be built quickly, just 18 months, and to a fixed budget of 40 million euros, a prefabricated stone wool insulated wall system) was the material of choice – its fully prefabricated façade solution enabling quick, efficient, and precise installation, with reduced costs and minimal quality risk. Mindful of the building’s longterm use, the chosen metal wall system, up to 99% recyclable, and consisting of up to 56% of recycled materials, also ensures its sustainable future.

Specifically, Nagata Acoustics required that no seat be more than 33 m from the stage, themselves bespoke to the building such that their sound attenuation when closed corresponds exactly to that of a concertgoer.

The façade system, with its architecturally led features of optical flatness, rounded corners, and in particular its shadow/flush joints, helped create a visually pleasing building whilst being also sympathetic to the surrounding environment and existing buildings. The stone wool insulated metal wall system promotes energy efficiency, achieving values down to 0.15 W/m²K, and also prevents any potential threat of corrosion, providing the perfect living environment.

Recognising the importance of protecting life, especially from the risks of smoke and fire, the choice of a stone wool insulated metal wall system ensures safety with no compromise. With its class A1 noncombustible core material, the stone wool insulation will not ignite when exposed to flames which can prevent fire from spreading to other materials. In fact, the entire façade system has an A2 classification and assures two hours fire resistance (integrity and insulation) at thickness of 150 mm. 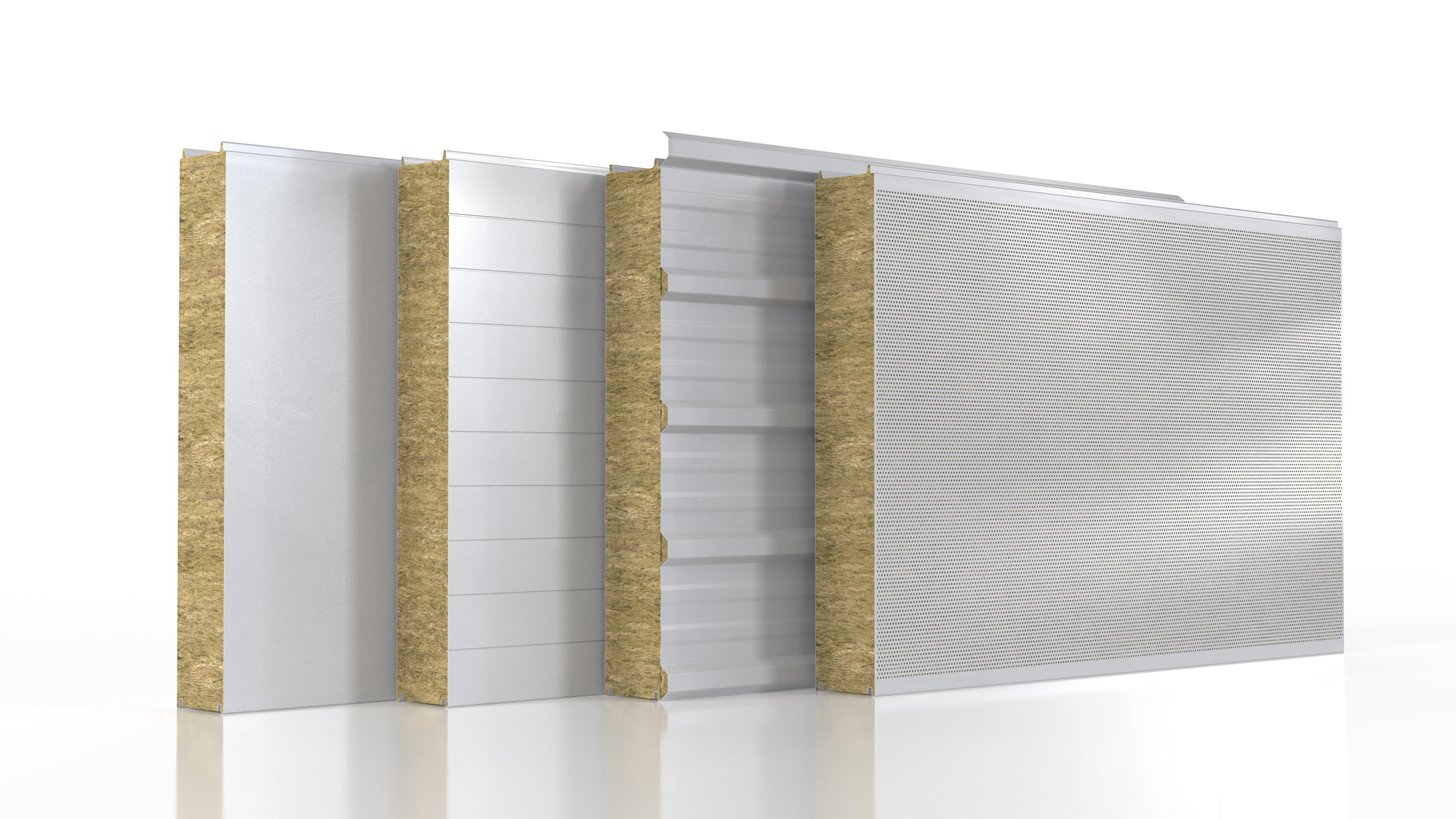