(Dimensional) Stability on the Roof

"To qualify as a satisfactory roof insulation, a material requires more than low thermal conductivity. Here are the other requirements:"

Thermal insulation’s rate of dimensional change due to temperature variation is based on 3 physical and external factors: the difference in temperature, the coefficient of linear expansion, and the specimen length.

Materials with larger coefficients of linear expansion react greater to changes in temperature than smaller coefficients of linear expansion. This is a known problem in the industry and has been captured in building codes. Most manufacturers require the use of a cover board over top of highly expansive products in order to limit the effect on the membrane. In addition, it was recognized that using two layers of insulation rather than one layer helped to reduce the effect of the board's dimensional stability on the membrane. 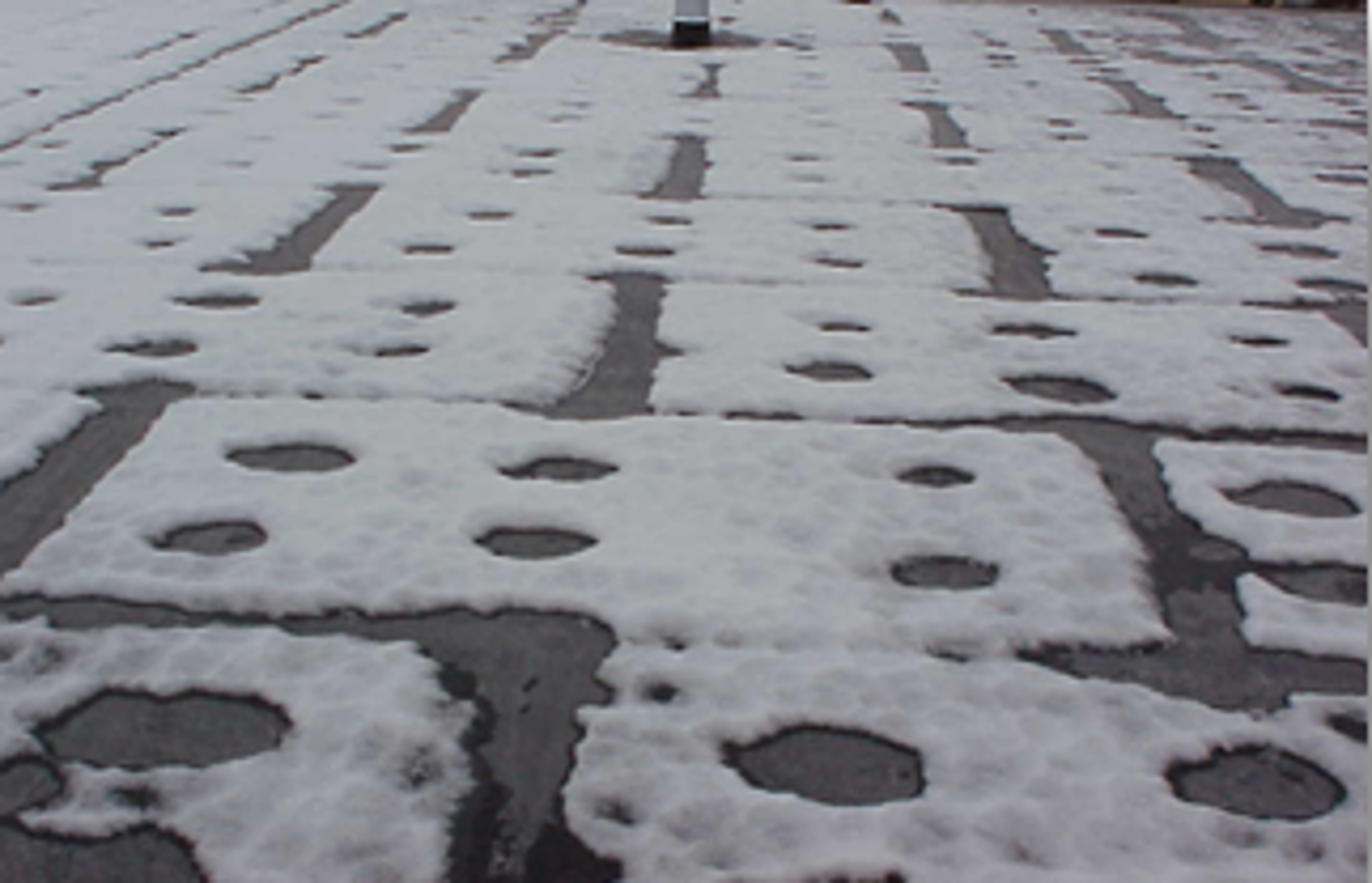 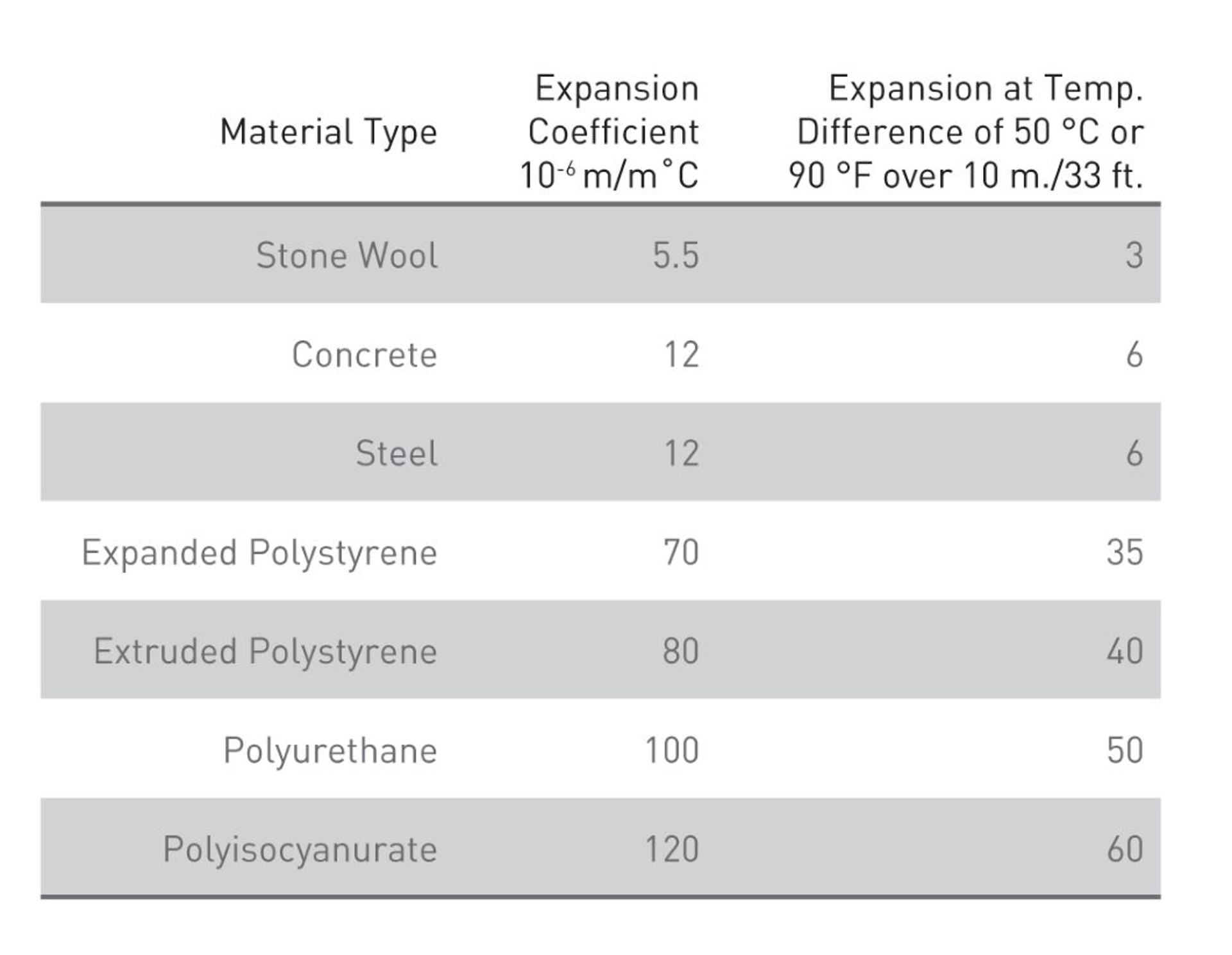 For each of the materials you would expect that over a heating cycle and a cooling cycle they would return to their original state; however, research has shown that this is not true.

Shrinkage: Board shrinkage generally is associated with an off-ratio foam mix, which is a manufacturing defect. However, ASTM C1289 allows up to a 4 percent linear change. This linear change value represents the product's dimensional stability when conditioned at 158°F (70°C) and 97 percent relative humidity for seven days. When applying this 4 percent value to a 4-foot by 8-foot (1.2-m by 2.4-m) polyisocyanurate insulation board, it can be interpreted that the long dimension is allowed to shrink or expand up to 3.8 inches (98 mm) and still be in compliance with the ASTM standard. As a result of this high allowable dimensional stability value, board joints installed tightly butted can be found with wide gaps, which can impact roof system performance.

Shortly after that "Special Report" NRCA began the recommendation of using a cover board over top of all polyisocyanurate insulation in low-slope roof systems. The ASTM C1289 standard was updated to allow only up to a 2 percent linear change in 2001, but a 2% change still allows for up to 1.9 inches (for the long end of the board) of shrinkage to be within compliance. Oakridge National Laboratory in “Effects of Mechanical Fasteners and Gaps between Insulation Boards on Thermal Performance of Low-Slope Roofs” found that even with a 2 layered system, even 1/2" gaps could lead to 15% drop in thermal resistance. In situ results don't show performance getting to the level of 2% or 1.9 inches but, as research from RDH Building Science shows, it does start to approach 1/4" within 4 years: 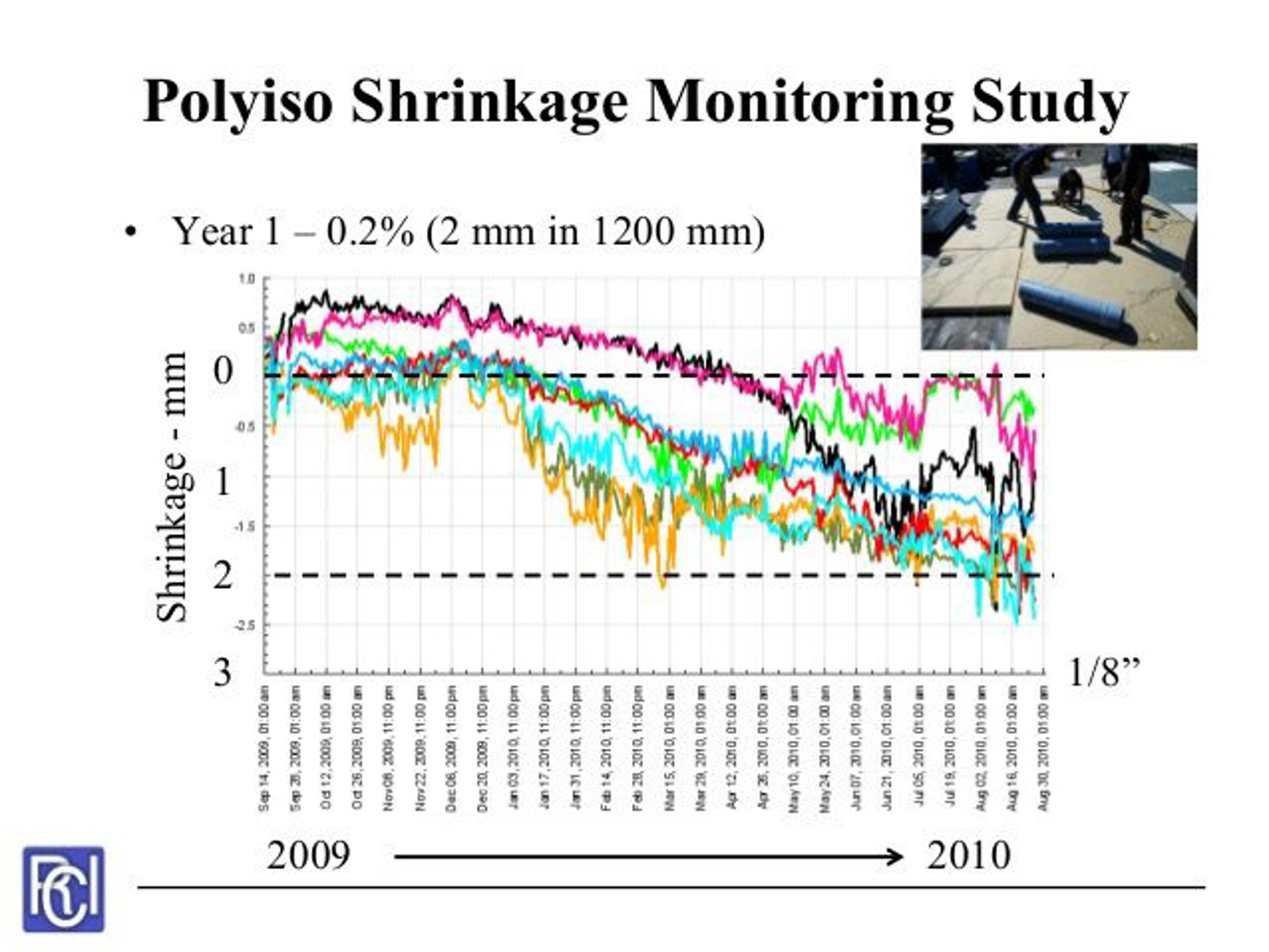 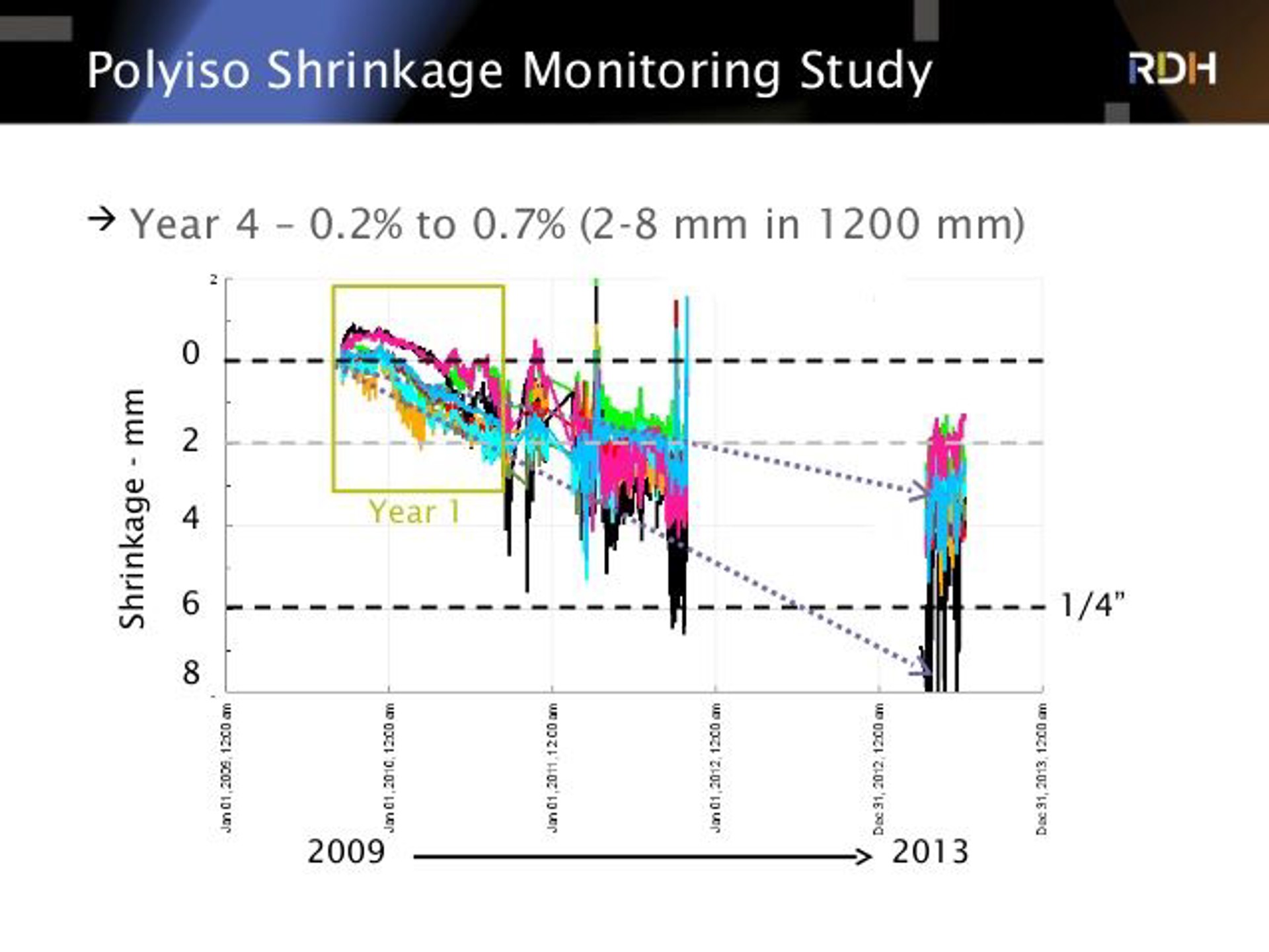 Utilizing dimensionally stable products, such as stone wool or gypsum, in thicker quantities can help mitigate the extreme temperatures the lower insulation layer(s) are exposed to. Dimensional stability can help reduce the stress on the membrane and can potentially allow for a longer-lasting roof system.